I’m really excited to unveil a project I’ve been working on for the last year or so. It’s called Apollo and it’s a new Reddit app for iPhone.

I’ve been a Reddit user for about four years now, and the site is a constant source of interesting discussion, hilarity and news for me every day. I’ve never been completely happy with the current Reddit apps out there today, so I set out to scratch an itch and build the best Reddit experience on the iPhone that I could. And I’m really proud of the result.

Apollo went through a really long design phase, and I sweated every detail. Last Spring I was lucky enough to get an offer to work at Apple as an intern for the summer, which meant no time for developing apps for a few months. But after that summer, I learned so much from so many smart people, had a really cool new language to experiment with and my motivation to build something incredible had never been higher.

Since then I’ve been working super hard to build this app, and today I’m finally at a stage where I can comfortably announce it. It’s not available yet, and won’t be for a little while yet, but it’s getting close and I’d love to have some input. (I made a Reddit thread here) I’ll also be launching a public beta in the coming weeks, so keep an eye out for that if you want to get an early look at what’s to come. 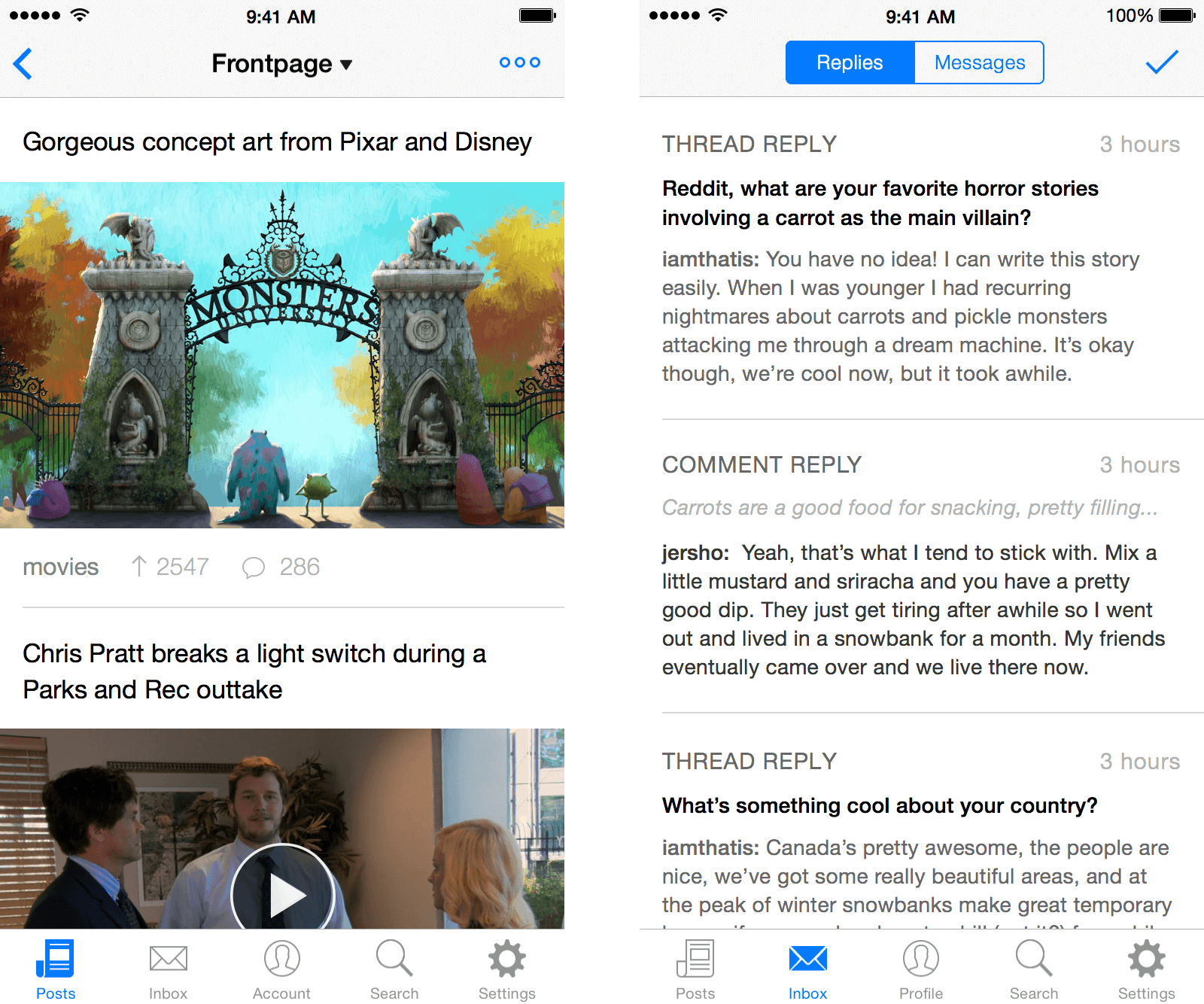 I really put an emphasis on making Apollo feel at home on the iPhone with a super comfortable browsing experience. It has beautiful, large images, smooth gestures, really nicely organized comments and I baked in a lot of the great features that iOS 8 brought about. There’s a ton more as well. I also made sure that it took advantage of as many of Reddit’s great features as possible.

From a technical standpoint, it’s built for the most part in Swift. I’ve been really happy with the language so far (bar a few issuse) and it was awesome to build an app with it.

I’ve made a page where you can find out more about it, and if you’d like sign up to be notified when it’s released: https://apolloapp.io

Can’t wait to share more in the coming weeks!