Apollo 1.9’s a massive update to Apollo that’s taken months and months to complete, but I’m really happy with the result, and it brings together a ton of ideas from the community to make Apollo even nicer to use. The update includes a variety of features around crossposts, flair, new app icons, translation, and quality of life improvements. Thanks to everyone who writes in via email or via the ApolloApp subreddit, your suggestions for what you want to see in Apollo help immensely and really motivate me to keep making Apollo better and better.

Without further ado, here are the changes included in this 1.9 update to Apollo:

Crossposting (taking an existing post and reposting it to a similar subreddit) has been a big part of Reddit for ages, but recently it became a full-fledged feature where you can see exactly which subreddit it came from, and quickly jump to the original post. Apollo now supports this fully, so you can see the interesting content of the post, but also quickly jump over to read the original discussion! Often it’s like getting two interesting discussions in one! 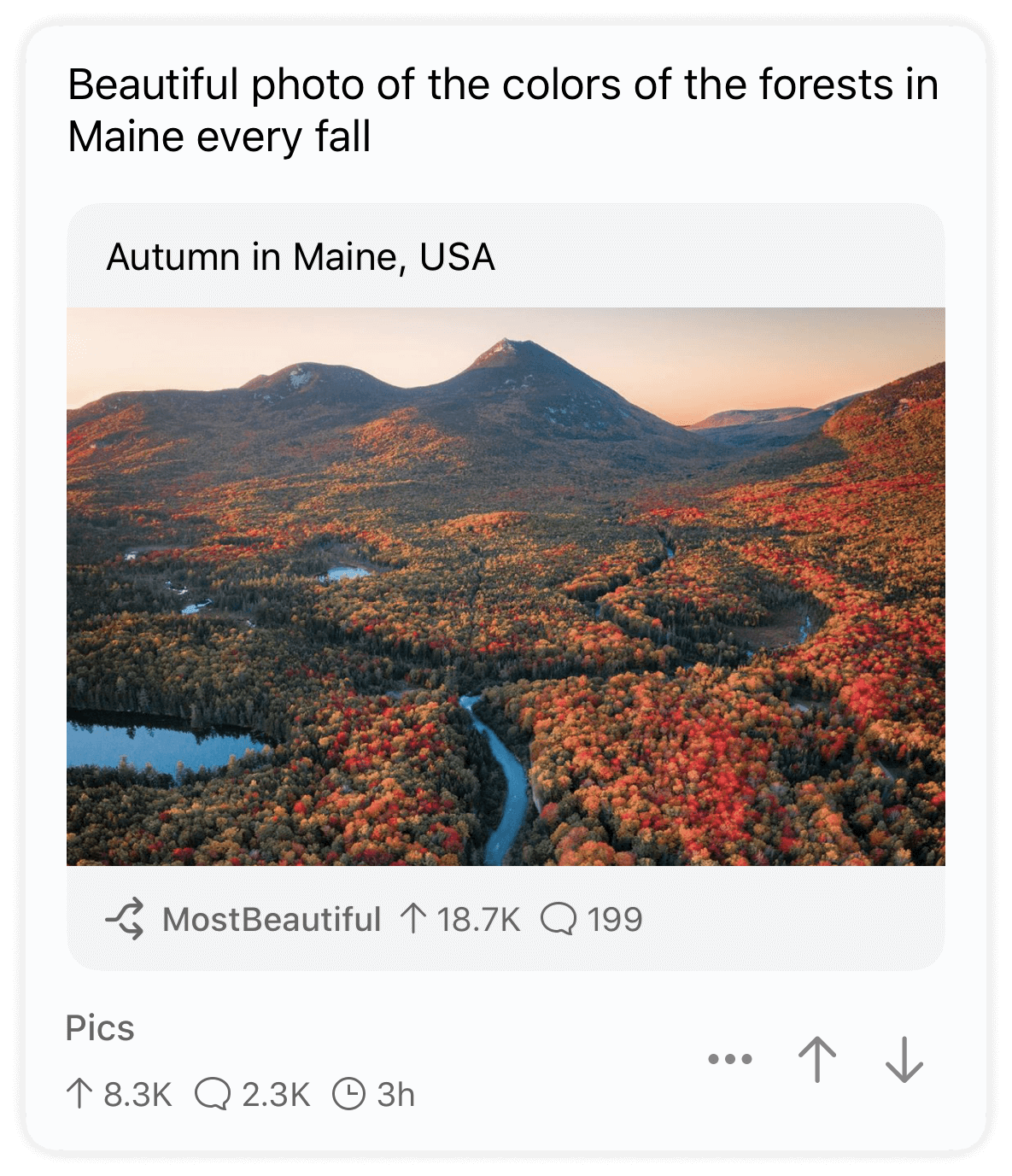 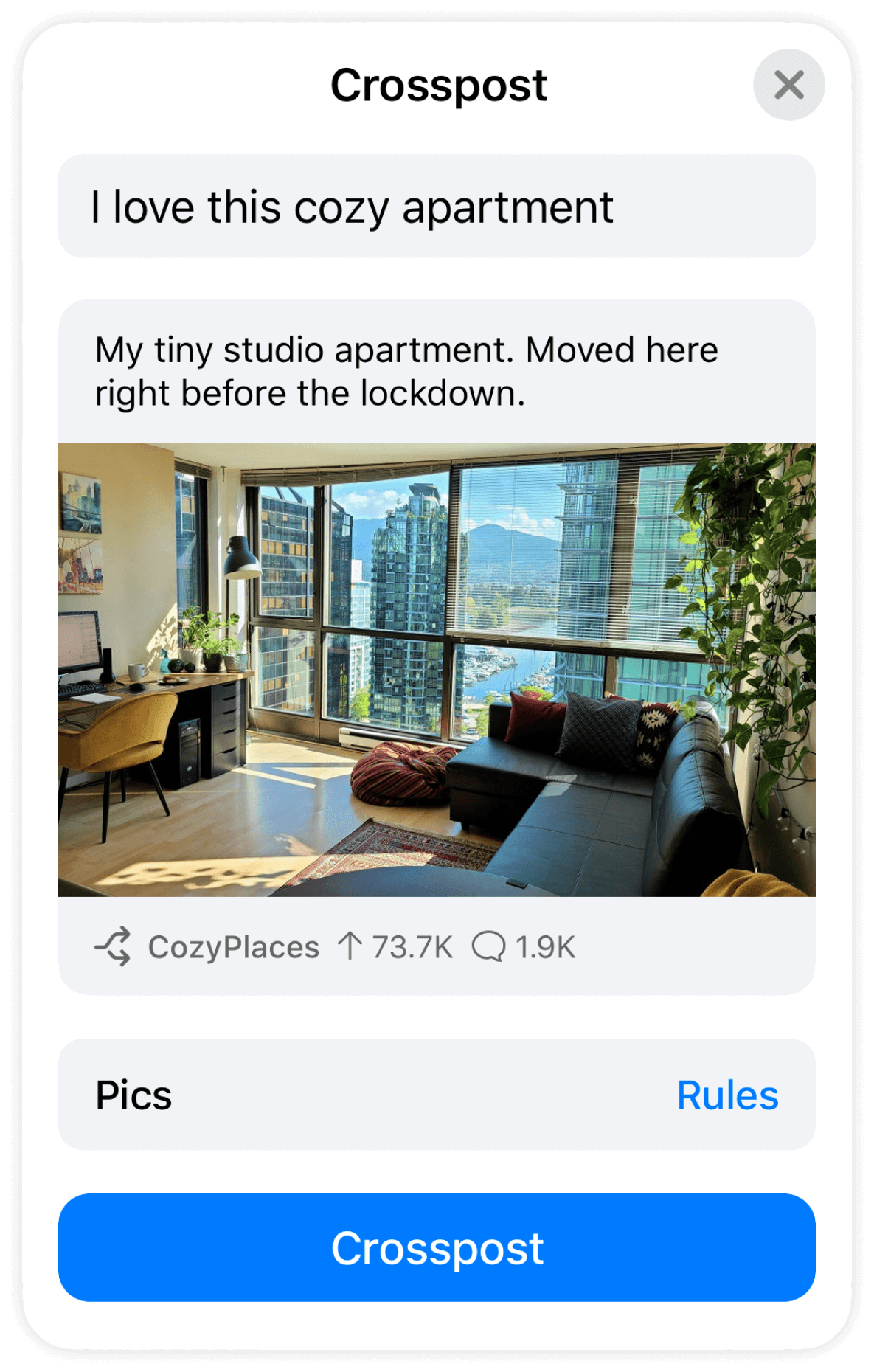 Flair is a little “tag” users can add to their usernames in subreddit, and some subreddits even allow small images/icons to be added in addition to text, like the icon for your favorite sports team, or a character from your favorite TV show. Apollo now shows these beautifully!

In addition to being able to view the flair as discussed in the previous item, you can now set your own flair! Simply go to the subreddit of your choosing, and you can choose from a list of customizable flairs so you can add a little personality to your comments, showing which language you’re learning, your username in a video game the subreddit is about, your fitness goals, etc. 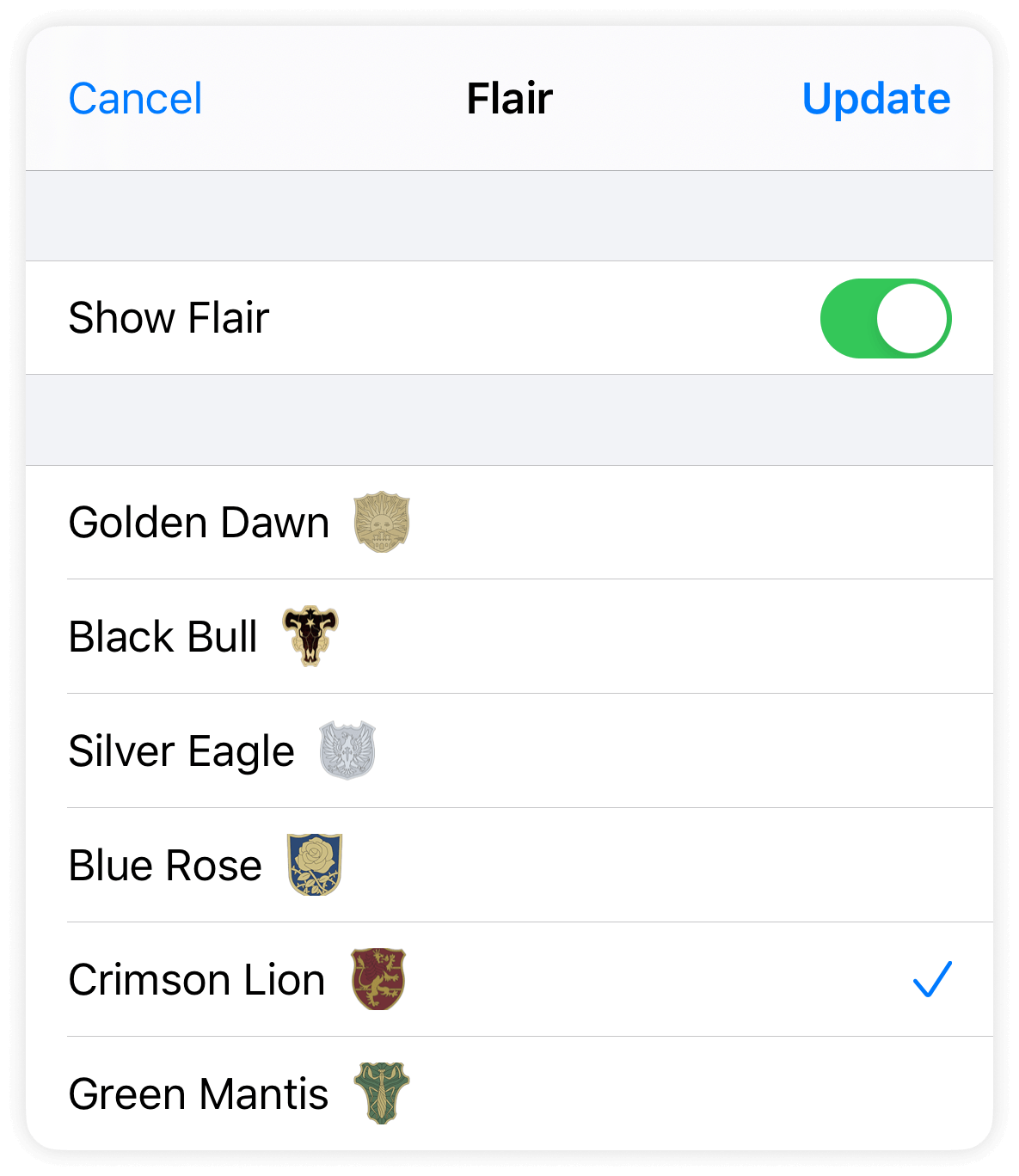 Some users set loooong flair, and as a result it can get off, which can be annoying when you’re trying to figure out what it says. Well be annoyed no longer, for you can simply tap on the long flair to bring up a window that expands it fully! 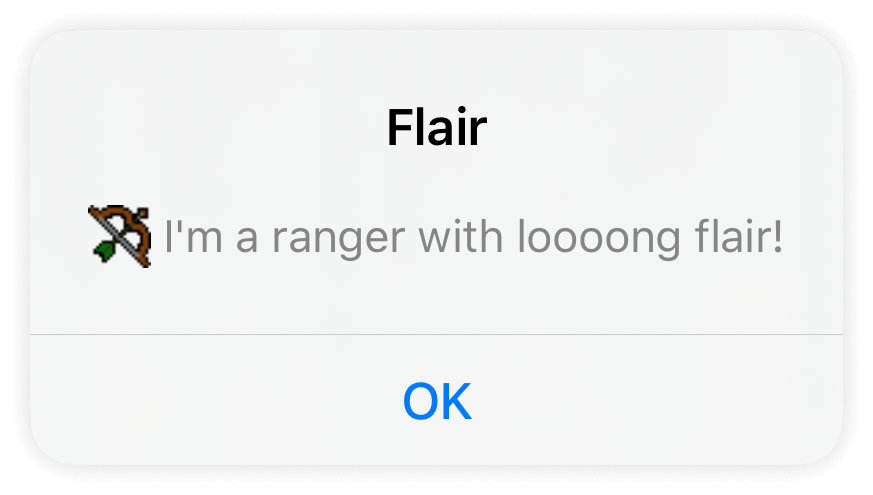 If the subreddit lets users tag their posts with individual flairs (say, being able to tag whether your question is about a certain character, or a certain topic), you can now simply tap on that flair and Apollo will show you all the other posts in the subreddit that have been tagged with that same flair.

This update has taken a ton of time to work on, and as a result I was slightly behind in including the Ultra icons I wanted to include, but as a result there’s now a proper Icon Bonanza, with five new icons being included in this update. The first three are Ultra icons, all made by the same incredibly talented designer, Matthew Skiles, who I’ve been a fan of for a long time. I love how these turned out, we have our beloved Apollo mascot reimagined as an angel, a devil, as well as a zany pilot, all in gorgeous, colorful iconography. But those three icons aren’t all! Next up, we have a beautiful new Apollo icon representing the trans pride flag (originally created by Monica Helms), which came out really awesome and is a great addition. And last but not least, our incredible community designer, FutureIncident, makes his second appearance with the Japanese-inspired Apollo-san icon! I love this set of icons so much, it’s going to be really hard to choose.

Whethering you’re trying to add a single subreddit to a filter, or adding multiple subreddits at a time to a multireddit, Apollo is now even faster at doing these tasks, with an auto-completing window that makes it super fast to search and add subreddits. 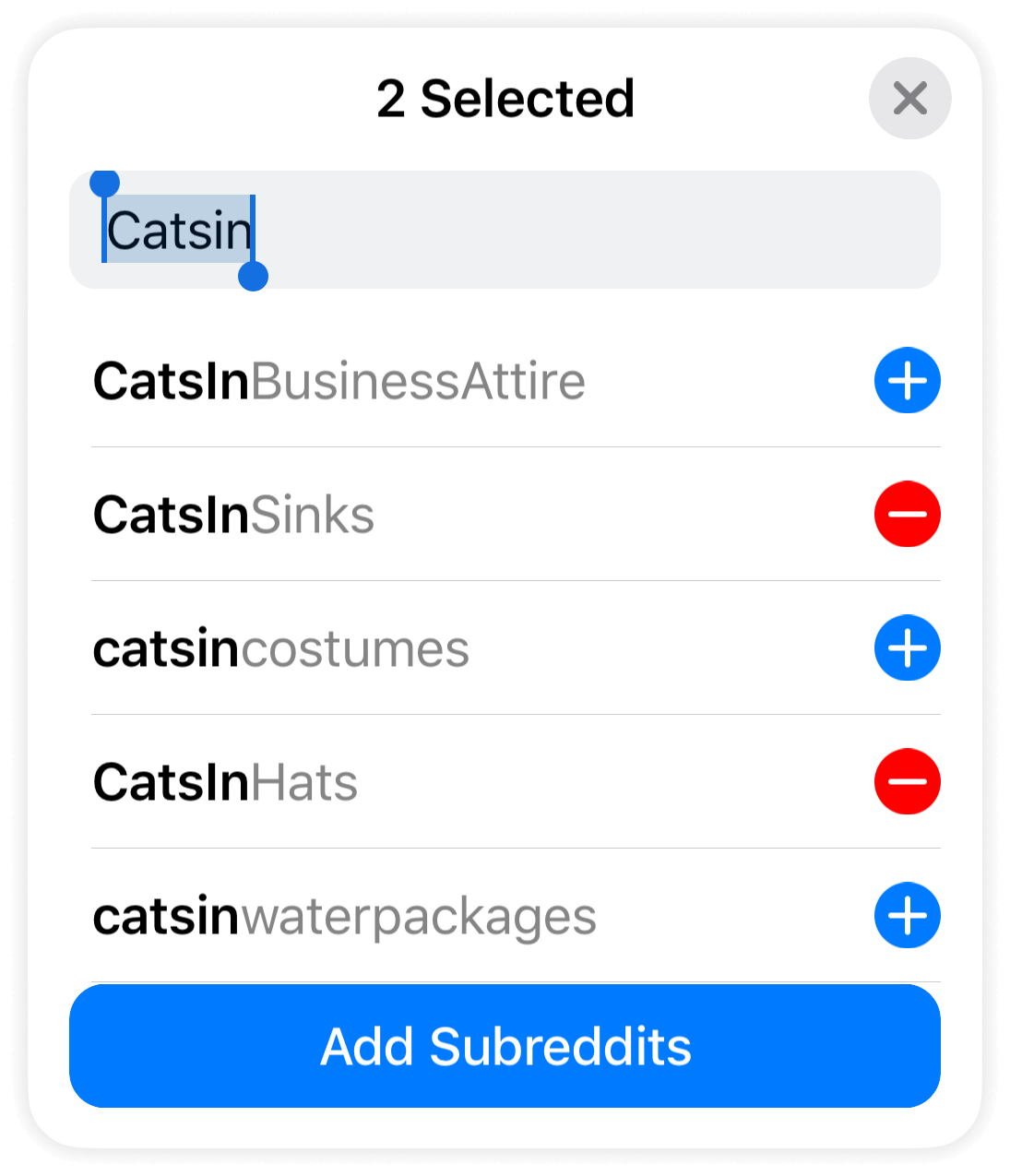 Two handy new additions to collapsing comments in Apollo. The first, Apollo will show you at a glance how many comments are in the collapsed conversation, which can be super handy for viewing a comment thread. The second thing, if you collapse a bunch of comments, and then come back to that same comment section later, Apollo will now remember which comments you had collapsed, and keep them collapsed for you! 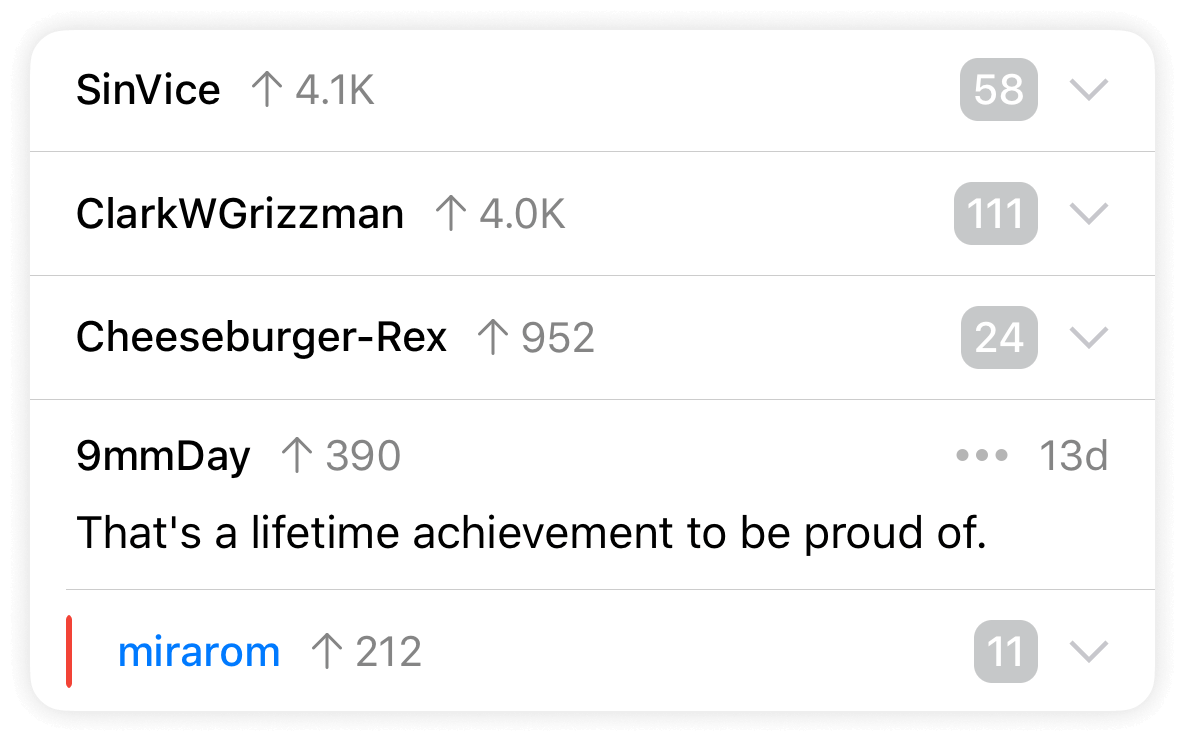 A bunch of awesome new settings have been added to Apollo, like being able to disable the auto-looping of videos with audio, or being able to make it so translation options always show up. Filtering is also even more powerful, with your filters being able to target flair and links as well (in addition to the title), and fixes a few filtering bugs. Apollo also now shows videos from Reddit’s experimental ‘RPAN’ service, which is essentially a kind of live stream post that you can now view within Apollo. Of course there’s a bunch of other small bug fixes around Apollo, from the occasional account accidentally signing out, to video bugs, to Apollo quitting in the background when it shouldn’t, as well as a bunch of other small tweaks across the app to improve your quality of life while browsing!

I really hope you enjoy the update, thank you for using Apollo! More great things to come!